WSPD 2020: What Things We Can Do To Combat Suicide

Is it the abbreviation of 'Weapon System Planing Data'?

'WSPD' is the abbreviation of 'World Suicide Prevention Day'. This awareness day was established by the International Association for Suicide Prevention and the WHO on 9/10/2003. Depending on the data from WHO, there is one life gone in each 40 seconds because of suicide. During the global pandemic, the mental health crisis is more and more seriously. There are more and more young people having the suicidal thoughts. It is no time to delay raising people’s awareness of preventing suicide.

What is the effective way to help the people who are having the suicidal tendency? Almost many suicides would signal danger to their dearest people, because they are suffering the contradiction and pain from their minds before suicide. For example, they would say directly that 'I don’t want alive anymore'. Thus, the families and friends are much easier to find out patient’s suicidal tendency than psychiatrists. This is the reason why should we use the suicide prevention bracelets in the activities with the theme of preventing suicide. When the suicides send out the danger signal, the suicide awareness bracelet can remind people never taking these despondent words as the joke. 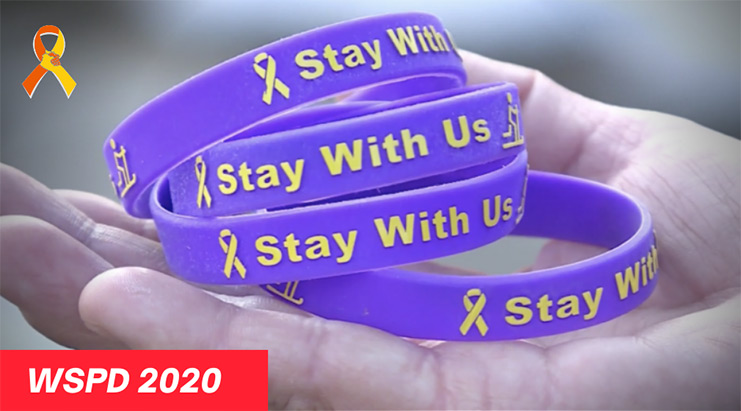 Only when people find someone who has suicidal thoughts, people would realize that they need to communicate with them. If you have the concern and communication with the suicides, it is possible to let them give up their suicidal thoughts by the psychological concern. Since it is difficult to build the bridge of communication between strangers, even though the excellent psychologist is unable to gain the trust and recognition from suicides in a short time.

Therefore, we would usually use the suicide prevention silicone bracelets to raise people's awareness of suicide prevention. So that it would remind people to notice if the people around are having the suicidal tendency. Before they are going to finish their lives, give them the enough psychological care and take them to get professional psychotherapy. This is the most effective way to help the suicides.

When we are holding the activities with the theme of preventing suicide, we should pay more attention to let people care more about their families and friends. But not all of us are the professional psychologists. Sometimes we are not able to think of suicide tendency when we are receiving the danger signal. Thus, except for using the suicide prevention wristband as the popular custom rubber bracelets to prevent suicide, people would use some suicide awareness silicone bracelets to raise people’s awareness. But these suicide awareness rubber bracelets are always used as the mental health bracelets. In the activities with the theme of mental health, people would use them to raise people’s knowledge of psychological illness.

Although it is limited effective to hold activities which are only for inspiring the psychiatric patients, we should never ignore any possible of saving lives. In these activities, no matter the suicide awareness wristband or the suicide prevention awareness bracelets, none of them are effective to the patients. We should use the motivational wristband and support wristband to encourage them to rekindle the hope of alive. 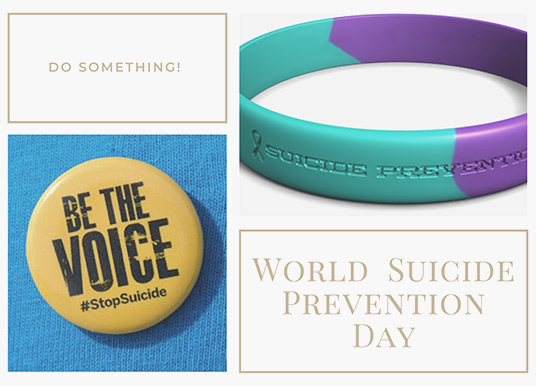 And the support bracelets are used as the mental health wristband in the activities. Normally, they are standing for the support and concern to the psychiatric patients. If these patients can be supported by others, they are much easier to recover a healthy mental state. Data indicates that most suicides are or have been severely psychological illnesses. Use the mental health awareness wristband is able to help the patients rebuild confidence of live.

An activity with the theme of World Suicide Prevention Day can make people having a deep impression of psychological health education in a short time. As time went by people remember less and less about it. The personalized wristbands are able to deepen people’s impression of mental health awareness. So that it can help people to regain the healthy live but not to suicide.

To welcome the WSPD 2020, are you preparing well of raising people’s awareness of suicide prevention? For making people have a more healthy psychological state, come designing your custom silicone bracelets and custom made buttons. Use these custom souvenirs as the gifts to the public in your activity, make the society having fewer cases of suicides.

The personalized souvenirs can make your activities and concepts having a better promotion and spreading out way. It would be helpful to raise people’s awareness of suicide prevention.

To design your cheap personalized souvenirs for the upcoming WPSD 2020, visit
www.topwristband.com

If you meet some problem in Credit Card Payment, we suggest you can choose one
of this ways to quickly solve the problem:

1.If you have Paypal Account, you can go to www.paypal.com and transfer to our account ([email protected])

2.Change to use an-other Credit Card.

3.Contact to the issuing bank of your card, and ask the authorization of this payment.

Hope the above content can help to you!
Best Wishes

Not yet a member? Register